You are here: Home / Sports / Knile Davis traded by the #Chiefs to the Packers 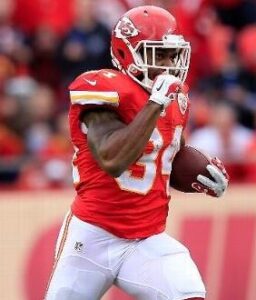 The Chiefs have traded running back Knile Davis to the Green Bay Packers.  The Chiefs will receive a conditional late-round draft pick from the Packers, who are short-handed in the backfield.

Davis spent four years with the Chiefs, playing in 50 games and rushing for 775 yards with 11 touchdowns.  However, with the return of running back Jamaal Charles and Spencer Ware taking over a bulk of the duties, along with Charcandrick West, the Chiefs had a stockpile of backs and could make the move.

This season, Davis has played in four games with one rush.