A Missouri congressman is among a group of Republicans concerned over U.S. House Speaker Paul Ryan’s decision not to defend Donald Trump. 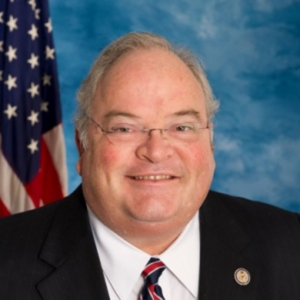 After the release of a video showing Trump making lewd comments about women, dozens of Washington lawmakers withdrew support for the GOP presidential candidate over the weekend.

On a conference call with House members Monday, Ryan said he would never again campaign for Mr. Trump.  7th District Missouri Congressman Billy Long is troubled by the snub.  “No congressman puts people on the Supreme Court, the President of the United States does that” said Long.  “If we let Hillary Clinton get elected and put two to four people on the Supreme Court, the fabric of this country is going to be changed for the next 40 to 50 years.”

The division between Ryan and some House members illustrates the lack of unity currently plaguing the Republican Party. While some members are worried Trump’s faltering campaign could doom down ballot candidates, others such as Long are standing behind the nominee against a Hillary Clinton presidency.

Ryan has not withdrawn his endorsement of Trump, but says he’s focused on defending the party’s majority in Congress.  Long thinks Ryan’s priorities are misplaced.  “People need to understand, our leadership included, if we don’t have the White House, we don’t have anything.  We can have a big majority in the House of Representatives, but we cannot be an effective legislative body when you don’t have a friend in the White House.”

Establishment Republican support for Trump, which was already strained over policy and tone, has sunk to a new low in recent days.  And GOP congressional members in competitive battles have increasingly seen a need to distance themselves from a candidate whose now bleeding in the polls.

Long is not faced with such dynamics in his southwest Missouri district, which has been reliably Republican for generation.  “Everyone says ‘Why don’t you impeach Obama, why don’t you indict Hillary Clinton’” said Long.  “All that can be handled at the ballot box.  We had a chance in 2012 with Mitt Romney to get rid of Obama.  Our voters stayed home.”

Long, who spoke at a packed Trump rally several days ago, claims the billionaire’s supporters have established a movement that can be victorious next month.  But he acknowledges there’s a deep split  in the Republican Party, which has been illustrated by Speaker Ryan’s move away from Trump.  “A Democrat cannot beat Donald Trump, but the Republicans can, and they’re sure trying right now.”