Republican Donald Trump and Democrat Hillary Clinton come into the face-off as two of the most untrustworthy candidates to ever run for the office. 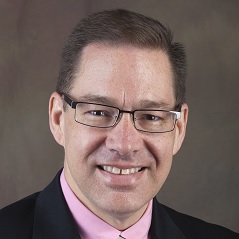 University of Missouri Professor Mitchell McKinney advised the Commission on Presidential Debates for its first “town hall” event in 1992.

With Sunday night’s debate couched in the same format, he thinks both candidates will need to engage with audience members.  “Certainly, (they’ll need) to try to counteract this idea that either she’s too aloof or cold on Hillary Clinton’s side” said McKinney.  “Donald Trump, you know, if he is the champion of the people, this is his time to show that.”

McKinney says town hall events bring a much different dynamic to the stage than podium debates because undecided voters will be asking the questions.  He doesn’t think either Trump or Clinton can afford to be too aggressive in this showdown.  “If we see another round of bickering candidates back and forth, ignoring the citizens, ignoring their questions, I think that will not play well in terms of our perceptions of either candidate or whichever candidate is engaged in such a debate.”

McKinney acknowledges President Barak Obama was successful when playing the aggressor four years ago.  At that time, Mitt Romney was perceived to have won the first debate and was closing in on Obama in the polls.  Obama didn’t suffer when he chose to be more forceful against Romney in the 2012 town hall debate.

But typically, most all candidates shy away from attacking each other in the format.  McKinney thinks Trump may not be well served if he chooses to be aggressive Sunday.   “If he maintains the style, the persona that he had in the first debate, if that happens in the town hall debate, I don’t know how that’s going to be perceived in terms of the appropriateness as these citizens are there trying to ask their questions of what is affecting their everyday lives.”

McKinney thinks Hillary Clinton will be under the gun to address her issues of likability and trustworthiness, and well the perception she has trouble relating to people.  He thinks she might have the best coach possible for a town hall debate in her husband, Bill Clinton, who participated in the very first such event in 1992.  McKinney says Bill Clinton may have set the bar for the town hall setting.  “Frequently he asked follow up questions.  He asked ‘How does this affect you?’ and showed great empathy for the citizens.”

McKinney contends both candidates are under pressure to perform well Sunday.  He thinks Clinton must maintain her solid performance from the first debate.  And following a sub par showing in that round, McKinney says Trump has to show he’s still in the race.  “How he does that, that’s to be seen.”

Previous Post: « Missourinet Noon News 10-7-2016
Next Post: Governor Nixon: rebirth of Missouri’s auto industry has been a cornerstone of his administration »