The U.S. House has passed a measure that would delay by six months the effective date of a new federal overtime pay rule. Congressman Blaine Luetkemeyer (R-Missouri) says the rule would do more harm than good. 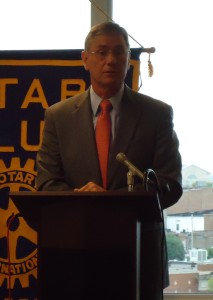 “This bill just delays this implementation for six months. Hopefully in the meantime we can come to some sort of resolution with the Department of Labor or some sort of a compromise on this or a realization that this is not a very effective way for people to have to pay their employees,” says Luetkemeyer.

The rule is set to begin on December 1. The measure would push back the start of the rule to June 1, 2017.

“We’re not talking about a small increase here. We’re doubling the size of this threshold, which is very significant. It would be one thing if you raised it a couple thousand dollars but doubling that really hits a lot of businesses, non-profits and government entities really hard. They’re going to have to make some really hard choices,” says Luetkemeyer.

Supporters of the rule say it would help workers receive a fair wage and provide more for their families.

The measure passed in the House, but not with enough votes to override a presidential veto. Five House Democrats supported the bill. Luetkemeyer is hopeful the U.S. Senate will take the measure up after November’s general election.

His district includes 13 counties in mid and eastern Missouri.