You are here: Home / Sports / The Bill Pollock Show–Arnold Palmer was “The King” of endorsements, winners and losers in football and road rage (PODCAST) 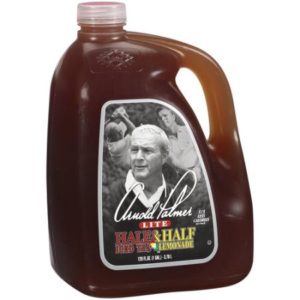 Arnold Palmer–the drink not the golfer, ranks in millions of dollars in each year.

Golfing great Arnold Palmer who was nicknamed “The King,” not only dominated on the golf course, but he was the first athlete to cash in on endorsements in a big way.  His self-created drink still rakes in millions of dollars.

The Chiefs and Eagles put together most impressive NFL performances.  Mizzou still has a chance in the SEC East and Wisconsin is the hottest team in college!

Plus, what’s the deal with traffic circles, roundabouts and/or rotaries?  Callers sound off in the latest road rage fad.  For the longest time I thought they were called “Suicide Circles.”

Look I know you have ten minutes to spare…so check out the podcast.  I think you’ll like it.  Beware…my doctor said the funniest thing on Friday and there’s a naughty word that I repeat.