An anti-bullying measure is impacting operations in Missouri public schools.  Republican state Representative Sue Allen of Town and Country championed legislation which went into effect in the current school year. 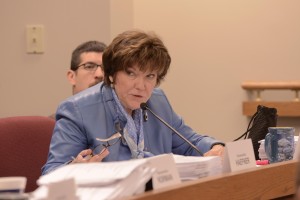 The law modifies the definition of “bullying” to include intimidation, unwanted aggressive behavior, or harassment which interferes with education or school operations.

Allen contends the measure’s centered on information about bullying, and how that information’s communicated.  “There should be a significant awareness so that families know what to do” said Allen.  “And that’s the issue, is the parents, the students have some support in how to respond if they are being bullied, or if they see somebody being bullied.”

Allen is a pediatric physical therapist who’s worked extensively with public schools in St .Louis.  She has firsthand experience with disabled kids being bullied, but says the mistreatment’s widespread.  “I’ve had families whose daughters were cheerleaders, beautiful young women, good grades and everything, and they were bullied.  So there is no specific child description, student, who is bullied.  It happens.”

Allen tried to push through anti-bullying legislation five times before a bill finally passed on the sixth try.  She says it finally passed because its language was modified.  “We focused on the behavior of bullying as opposed to who is bullied, because nobody should be buried.”

Another early version of the anti-bullying measure centered on allowing local districts more autonomy in developing procedures.  It also failed to get traction.

The new law requires each school district to include its anti-bullying policy in student handbooks and directs them to revise procedures when necessary.   It also defines cyber-bullying and requires all policies to treat all students equally.

Beginning next school year, the measures calls for educators to receive training in youth suicide awareness and prevention.  Allen says she’s heard from at least one district which has modified anti-bullying policies as a result of the law.  Union schools in eastern Missouri has also changed its procedures.

Allen is in her final year in the Missouri House due to term limits.  She hasn’t decided if she’ll seek election to the state Senate.