Missouri lawmakers have overridden a veto of a sweeping gun measure which allows people to carry a concealed weapon without training or a permit. 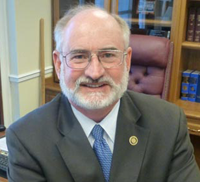 The bill also expands individual rights of protection with fire arms in public and private places.

Republican Senator Brian Munzlinger, who sponsored the bill, claims its common sense legislation.  “The basis of this whole bill is that it allows law abiding citizens to protect themselves and their families” said Munzlinger.  “What it does not do is allow those illegals to legally carry.  And there are some people that have said it would allow anyone to carry.”

Democratic Senator Jason Holsman claims the measure will intensify gun violence in urban areas, such as his district in Kansas City.  “(It’s what) our prosecutors, and our police officers, and our mayor, and our city council have to deal with when a hundred people a year get killed by gun violence.”

The floor debate on the gun measure in the Senate lasted two hours before Republicans used a procedural move to force a vote.

The measure will expand an existing law which lets homeowners use deadly force against intruders, by giving house guests the same right.  It also includes a “stand your ground” provision, which lets people who are in a place where they’re legally allowed use deadly force, without retreating.  The Senate voteed 24-6 largely on party lines. The Republican super majority in the House also defeated the Governor’s veto by voting mostly as a block 141-12.