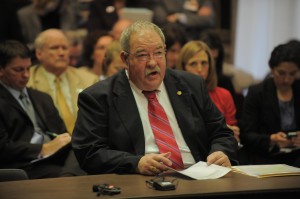 “We’re at a point in our history especially where we’re not asking kids to make decisions or parents. We’re saying every kid ought to be able to do everything. That’s just not the way it should work. It can’t work that way. To try and absolve all children from all decisions is something you just can’t do. It just won’t fit,” says Lair.

“There’s no reason we should make any kind of a rule that makes them reserve their start until after that State Fair,” says Lant.

Tuesday’s hearing was held at the Missouri capitol in Jefferson City.