Missouri won’t see severe weather tonight, but there’s a danger of flooding in many areas. 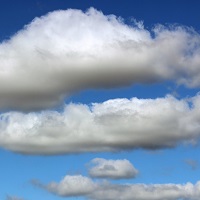 The remnants of Newton, which slammed Baja California as a tornado, will converge with a cold front in eastern Kansas and western Missouri to bring several rounds of heavy thunderstorms.

Meteorologist Charley Kelly with the National Weather Service in St. Louis says three parts of the state are most likely to be hard hit.  “Particularly central Missouri, and then as we get into the evening also toward St. Louis.  And also in southwest Missouri, there looks like there could be some pretty heavy totals.”

Rainfall accumulations of up to 4 inches tonight into Friday could cause flooding.  “With that much rainfall, and particularly with several rounds of rainfall coming through, we definitely couldn’t rule out some flooding issues that would occur, particularly flash flooding issues” said Kelly.

In a statement, the National Weather Service in St. Louis said “Four inches of rainfall in a short period of time could trigger life-threatening flash flooding.”

The weather service office in Springfield said the heaviest rainfall would be “along and north of a line from Columbus, to Bolivar, toRolla.”  It also noted “flooding of small creeks, streams, and rivers may occur Thursday and especially Friday if heavy rainfall materializes”.

Kelly, with agency’s St, Louis office says the harshest weather will enter the state from southeast Kansas.  “For heavy rainfall, it’s going to be more in southwest and southern Missouri initially, (before) moving northeast with time.”