Republicans lawmakers hope to sweep statewide offices in this year’s election, but they may not all be on the same page. 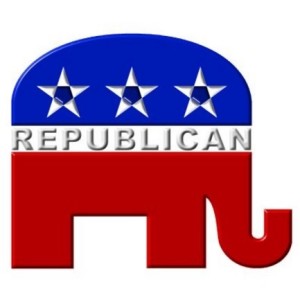 Republican Senator Mike Parson, who’s running for one of the posts – Lt. Governor, thinks his party’s poised nail down the seats.  “I think there’ll be a huge change this year” said Parson.  “I really do.  I think people are looking for something different.  I think they’re going to be different choices this cycle.  And I anticipate there’ll be several changes to the structure of the state of Missouri, on statewide offices.”

Parson is competing for the only statewide office currently held by a Republican.  Many of his GOP colleagues queried at a state fair political gathering Thursday seemed to share his optimism.

However, one wildcard in this scenario could be the governor’s race.  Republican Eric Greitens has never held public office, and Democrat Chris Koster has been racking up endorsements from powerful groups which typically support GOP candidates, including the Missouri Farm Bureau which had never endorsed a Democrat for statewide office before.

At the state fair gathering, Republican Senator David Pierce was asked if he was voting for Greitens.  He refused to answer, accept to say…”It’s a good day at the state fair.”   Early polling shows Greitens and Koster in a tight race.

Koster was endorsed Thursday by the Missouri Cattlemen’s Association.