A political analyst thinks this year’s Missouri governor race will be influenced by well financed campaigns. 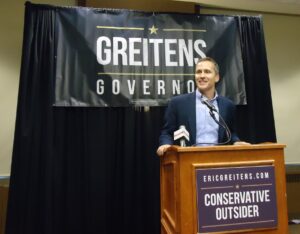 Both Repblican Eric Greitens, who has no political background, and Democratic Attorney General Chris Koster received seven figure outside donations during the primaries.

But at this point, he’s hedging his bets on predicting a winner.  “Both of these candidates are going to have an awful lot of money, and they’re going to spend it all” said Smith.  “I’m guessing Greitens, there’s plenty where that came from.  It’s going to be wall to wall campaigns.  If somebody said ‘pick one’, I would say that Koster will win.  But the campaign is just getting started.”

If primary fundraising is an indication, both Koster and Greitens will be highly financed for the next three months until the general election.  Koster raised roughly $15.5 million during the primary campaign while Greitens spent about $8 million during the contest. 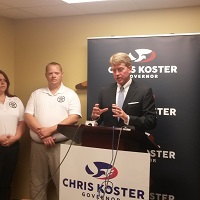 Since then, Koster has made inroads into Republican strongholds by securing endorsements from three prominent agriculture groups.

Smith thinks the backing is important, but notes GOP voter support for Greitens reflects a thirst for a non-traditional candidate, much like Donald Trump on the national level.  He says the election will be determined by the strength of each candidate’s campaign, and their performances in debates.  “Those debates will be very, very interesting because Greitens really doesn’t have a whole lot to lose, like Trump, and I think he’ll be very aggressive, and of course he’s quite charismatic”

Greitens is a political newcomer, like Trump.  Koster is the two-term state Attorney General who also served as the elected Cass County Prosecutor for 10 years beforehand.  He was a Republican before switching parties in 2007.