You are here: Home / Sports / Jon Sundvold makes the most sense to become Mizzou’s next A.D. 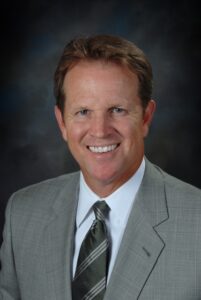 Pressure is on the University of Missouri.  They must get this hire right.  That person is Jon Sundvold.

I’m not going out on an island by saying this…there are many others who also believe Sundvold would be a good hire, but back in July when the announcement came down that Mack Rhoades was leaving, Sundvold’s name was the first to come to mind.

Let me take you to June 12. I was interviewing Sundvold for a story about a golf course in Jefferson City and the timing was perfect because Sundvold had just been appointed to the Board of Curators by Governor Nixon.

As we finished our interview and I wrapped up my gear we casually talked (off the record) about the variety of issues that had transpired at the university over the last several months.  I’m obviously not going to share those discussions, because the crux of what he was saying is not important for this story–the important take away is what I observed.

Here is a guy who is passionate about his alma mater.  His wife went to Mizzou, it’s his kid’s school.  It could have been very easy for someone in his position, with that close of an emotional tie to the school and the athletic department, to just unload their frustrations and aggravation.  There wasn’t finger pointing, accusations or irrational responses, but rather well thought out, logical observations.

You must remember, this was in June and there wasn’t a hint at all that Rhoades was ready to leave.  So, I wasn’t asking these questions as my own personal vetting tool to see if Jon Sundvold would make a great A.D.  However, when Rhoades left my mind immediately went to our conversation exactly a month earlier.  I thought the university would benefit from someone with a clear and rational approach that Sundvold would bring to the job.

Some will say the downside to Sundvold is that he doesn’t have athletic director experience, but I think that’s an advantage. He’ll be a stable choice.  This isn’t the next project of stepping stone for Sundvold.  He’s a true son of Missouri who knows the athletic department inside and out.

He’s successfully run his own business for a number of years.  He played for NBA teams.  He understands the team concept, how athletics works as a player and he has a better understanding of the business side. Mizzou would get an A.D. with practical experience and common sense,  plus, someone who’s heart would be in the right place and someone who wants to see the school he loves, turn around their misfortunes…whether created or perceived.