You are here: Home / Sports / Garcia does it all in leading Cardinals past Braves 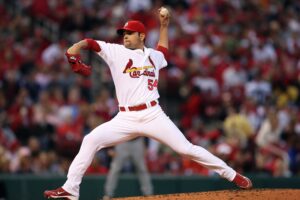 Garcia did damage both pitching eight scoreless innings and with an RBI single, one of just two Cardinals hits on the evening.

Garcia improved to 8-8 while striking out 11 to top the 100-strikeout mark for the third time in his career.

The most trouble he faced all night was in the fourth inning when he pitched out of a two-on, no-out situation. He struck out Freddie Freeman and Matt Kemp before Adonis Garcia grounded out.

Garcia’s two-out single in the second drove in Matt Holliday.

Seung Hwan Oh worked the ninth for his ninth save.