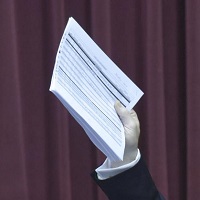 Despite objections from some lawmakers and groups, Governor Nixon withheld $115 million in new spending last month to offset a shortage in tax collections during the previous fiscal year which ended June 30th.

July’s numbers show revenues up 7.2 percent, well above the projected growth rate of 4.1 percent for the year.  The state took in $36 million more than in the same month last year.

State Acting Budget Director Dan Haug thinks it’ll take several more months to determine whether Nixon’s spending restrictions can be done away with.  He said “We probably need to at least get through the first quarter of the (new) fiscal year to reassess if revenues are going to be high enough that we could release the restrictions, or if they’re going to be at a level where we may have to do more restrictions to make sure that the budget is balanced at the end of the year.”

To offset the shortfall, the state will need to see growth in revenues of 5 percent over the course of the current fiscal year which started July 1st.  If revenues increase by 6.1 percent over the same period, the governor’s restrictions could be safely lifted, which would allows state programs that are now getting reduced funding to be replenished.

Haug says July’s results are an encouraging start to the year, but cautions against reading too much into the numbers because it’s a small month.  “There are really no significant tax due dates in that month to draw any conclusions as far as how our revenues are going to perform the rest of the fiscal year” said Haug.  The outlook’s further scrambled by tax cut measures which were vetoed by Nixon.

If the legislature overrides his actions in its upcoming veto session, revenues would be reduced by up to $60 million.  Haug says the state will have a clearer picture of its financial condition by September when there’ll be more information to draw on.

The monthly report also noted the state’s General Revenue Fund borrowed $250 million from its reserve fund for cash flow purposes.  This money has no bearing on revenues because it’ll be repaid through tax collections later in the year.