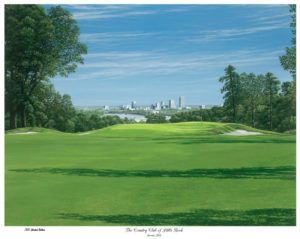 A select group of young aspiring players will represent the state of Missouri in the fifth annual Southern States Junior Cup Matches.  The 2016 Cup Matches will be held at the Country Club of Little Rock, August 3-5.  The four states that will compete are Arkansas, Mississippi, Missouri and Oklahoma. The Junior Cup Match team is comprised of six male and six female junior players.  The event will be a Ryder Cup format with Four ball, Foursome and Individual Match play.  The Four ball and Foursome matches will consist of a 2-person team comprised of 1 male and 1 female.  The Individual Match play will be boys competing against boys and girls against girls.  Each match will be awarded one point for each win.  The selection of the team will be based on the point standings with the top four females and males being selected for inclusion on the Missouri Team.  The remaining four spots will be Captains picks (2 female and 2 male).

Samantha Cornelius will be a Sophomore this coming school year at Penney High School in Hamilton, Missouri.  Sam participated in 4 Hieronymus Junior Events, the Junior Match Play and Junior Amateur this summer season.  She was the medalist in 3 of the 4 Hieronymus Events and also fought hard in the Junior Match and came in second behind another Missouri teammate, Olivia Sobaski.  This past year, Samantha made it to the MSHSAA State Golf Tournament as a freshman.  This will be Samantha’s first time playing in the Southern States Cup Matches.

Mikala Jungmeyer will experience her third time playing in the Southern Cup Matches.  She graduated from Russellville High School this past Spring and has accepted a scholarship to play golf at Columbia College in Columbia, MO.  Mikala has played in MJGA events since 2011 and played in 3 Hieronymus Events this season.  Mikala was our 2014 Junior Female Player of the Year.  Mikala was also All-State all four years of high school.

Lauren Plunkett has accepted a scholarship to play golf for Drury University in Springfield, MO and will be a freshman this coming year.  She graduated from Helias Catholic High School this past spring.  Last fall, Lauren helped her high school golf team make it to State, in which they took third place.  This will be Lauren’s second year playing in the Southern Cup Matches.  She played in 3 Hieronymus Events, Junior Match Play, Junior Amateur, Women’s Junior Am, and the Women’s Am this season.

Olivia Sobaski graduated from Sacred Heart High School in Sedalia, MO this spring and has accepted a scholarship to play golf at the University of Central Missouri in Warrensburg, MO.  Last Fall, she tied for third place in the 2015 MSHSAA State Golf Tournament.  Olivia made it to State all four years throughout her high school career.  She played outstanding rounds at the Junior Match Play and was the champion, beating Samantha Cornelius 1 UP.  She also played in one Hieronymus Event, Women’s Junior Am, and Women’s Amateur.  Olivia won the MJGF Junior Am last year.  This will be Olivia’s second year playing in the Junior Cup Matches.  Last year, she holed out on the 18th hole while the rest of the field was watching, and tied the match to give Team Missouri half of a point.

Emma Solovic will be a senior at Seckman High School in Imperial, MO.  This season, Emma tied for second in the MJGF Junior Amateur at Paradise Pointe GC in Kansas City.  She also placed second in the Women’s Junior Amateur with a two-day total of 148 (71, 78).  Emma had the opportunity to play in the Women’s Junior Girls Four State Championship as well.  This will be the first time Emma has played in the Southern States Junior Cup Matches.

Walker Kesterson graduated from Southern Boone High School in Ashland, MO and accepted a scholarship to play golf at the University of Southern Mississippi.  Walker participated in the Junior Match Play and the Missouri Amateur Championship.  In the Junior Match Play, he made it to the Quarterfinal Round and lost 3 & 2 against the Champion of the tournament.  After winning a playoff hole in the MO Am Qualifier, Walker made it to the Round of 32.  He has also made it to the MSHSAA State Golf Tournament all four years, and has placed in the top 10 each year.  He will be playing in the Southern States Cup for the first time this year.

Jack Litzelfelner attended Notre Dame High School in Cape Girardeau and graduated this past spring.  He won State his freshman and senior year of high school.  Freshman year he shot 2 rounds of 72 (144 total) and this past year he shot 2 under (70) at Rivercut in Springfield, MO.  He played in the Missouri Am this season and made it to the Round of 64.  He also played in the Stroke Play Championship at his home course, Dalhouse GC, and shot a four-round total of 296 to tie for 8th.  Jack played in the 2014 Southern States Cup Matches and this will be his second year playing.

Christopher Obert graduated from Glendale High School in Springfield, MO and has accepted a scholarship to play golf at Missouri State University.  He made it to the MSHSAA State Golf Tournament all four years of his high school career.  This summer season he played in the Junior Match Play, Junior Am, Missouri Am, and the Stroke Play.  He tied for first in the Junior Amateur this year carding a 70 (2 under par).  He also made it to the Round of 64 in the Missouri Amateur Championship and the Round of 32 in the Junior Match Play.  This will be Chris’s second time playing in the Cup Matches.

Gabe Trowbridge graduated from Jefferson City High School this past spring and has accepted a scholarship to play golf at Lincoln University in Jefferson City, MO.  Gabe played in one Hieronymus Event, Junior Match Play, Junior Amateur, and Missouri Amateur Championship.  Gabe won his Hieronymus event and made it to the Round of 16 in the Junior Match Play.  He tied for 9th in the Junior Am carding a 74 (2 over par).  Gabe has also made it to the MSHSAA State Golf Tournament all four years.  This will be Gabe’s first time playing in the Southern State’s Cup Matches.

Brian Whitson graduated from Advance High School and has accepted a golf scholarship at John A. Logan College in Carterville, Illinois. This summer Brian has played in the Junior Am, Junior Match Play, Missouri Amateur, and Missouri Stroke Play. After nearly making a hole in one on the 18th hole at the Junior Match Play in a playoff, Brian advanced and made it all the way to the final round, losing in 22 holes. Brian made it to the MSHSAA State Golf Tournament all four years, in which his junior and senior year he placed 2nd. This will be the first time Brian has played in the Cup Matches.