You are here: Home / News / Poll shows a tight Senate race in Missouri 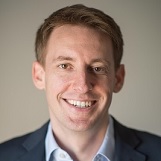 Coker says those margins mean there’s tremendous growth potential for Kander.  Blunt’s favorable-to-unfavorable rating has been close 45-to-30 in previous years when he was reelected.

The poll also show that even though he’s the current Secretary of State, Kander is still unknown to almost one-in-four Missouri voters.

Coker thinks the numbers should send a strong signal to Blunt.  He said “At this stage of the game, against a Democrat, in a presidential year, it’s a warning sign.  It’s sort of an anti-establishment, might be an anti-incumbent year.  It makes this race…a little interesting”.

The poll shows Blunt, who live is Springfield, doing well with older people in the rural part of the state, while Kander, a resident of Columbia, leads in the population centers of Kansas City and St. Louis, and is popular with younger voters.

As far as the state’s voting pattern is concerned, Coker calls Missouri a light red state.  Even though the state legislature has Republican super-majorities in both houses, he notes Democrats still get elected to statewide offices.

Claire McCaskill is a two-term Democratic Senator.  The governor’s post as well as those of secretary of state and attorney general are also held by Democrats, although they’re all up for reelection in November.