You are here: Home / Sports / Volquez struggles as Royals fall to Texas 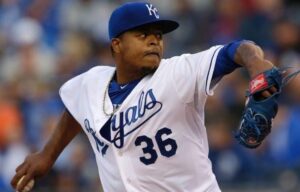 The Royals offense struggled scoring twice in the sixth and once in the seventh.

Eric Hosmer provided the scoring in the sixth with a two-run homer, his 14th of the season.