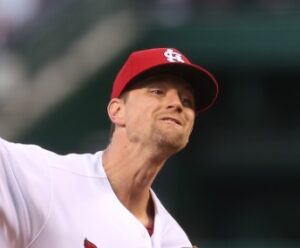 St. Louis did all its damage with three big innings, scoring three in the second, six in the fifth and two in the sixth.

Tommy Pham hit his seventh homer of the season, a two-run shot in the sixth.  Pham went two-for-four on the night, driving in three and scoring three times.  Jeremy Hazelbaker also went deep for St. Louis and scored three times.

Mike Leake is the beneficiary of run support picking up the win.  Leake surrendered six runs, five earned, on seven hits over five innings to up his record to 8-9.