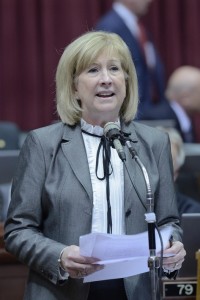 Governor Nixon withheld about $115 million in spending in early July, including $750,000 for brain injury funding.

“Committee, you’re probably all aware of this, but I just want to remind you that withholds can be overridden, I believe in Veto Session too,” Haefner says.

Haefner says there’s bipartisan House support for the funding, which also is aimed at keeping people out of nursing homes by allowing them to receive in-home care.

“Long story short, we need to find a way to get that funding back in order to be on better grounds for a positive result from the waiver application. We need to have the general revenue back in there,” Haefner says.

The Veto Session begins on September 14 at the Statehouse in Jefferson City.