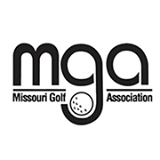 Cape Girardeau, MO – July 13, 2016 — The final two rounds of play at the Missouri Stroke Play Championship took place Wednesday at Dalhousie Golf Club. The players would play their third round in the morning followed by the final round of play in the afternoon.  However, it would take two additional holes to decide the championship.

Travis Mays, the overnight leader at five-under par, shot a 74 to drop two strokes. Skip Berkmeyer, Wildwood, shot even-par to pull even with Mays going into the afternoon eighteen.

Mays was three back of Berkmeyer entering the seventeenth hole. Mays birdied and eagled the last two holes and Berkmeyer made birdie putt to force a tie after eighteen holes of play.

On the first playoff hole, both players hit the fairway. Berkmeyer missed his approach and the ball rolled just off the green. Travis Mays reached the green in two, but missed his eagle putt. Berkmeyer stayed alive when he chipped in for birdie and Mays tapped in for his birdie.

Back to the eighteenth tee for the second playoff hole. Mays hit his third short left of the green, and pitched the ball to fifteen feet. Berkmeyer two-putt for his par and Mays just missed his putt for par, giving Berkmeyer the 2016 Missouri Stroke Player Championship! This is the second time Berkmeyer has been crowned champion of this event.

In all, the Missouri Golf Association would pay out the top thirty places for a total of $6,175 with the Champion taking home $725 in clubhouse credit.