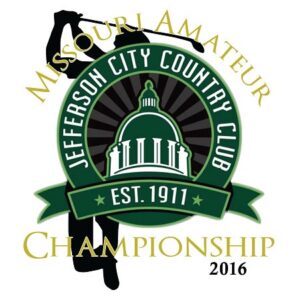 JEFFERSON CITY, Mo. — The medalist curse continues, the defending champion is out, and a valiant run by a former Missouri Tigers quarterback has come to an end.

Just another day at the 109th Missouri State Amateur.

We’ll start with the marquee matchup Friday afternoon, as Wayne Frederick ousted medalist Luigi Botta 1 up in a tightly-fought battle during the Round of 16 at Jefferson City Country Club.

Botta (Columbia) is the latest victim of this trend — the tournament medalist, who also earns No. 1 seed in stroke play, has now failed to win the championship in 13 of the past 15 years.

Nobody ever said being No. 1 was easy, and Fredrick (Springfield) knows this all too well. Just last year, he was the No. 1 seed, but lost to the No. 64 seed in the first round.

“You’re always going to have one round in this deal when you don’t play well, and you’ve just got to get through that round,” Fredrick said. “I just happened to not play well in the first round last year.

“It’s such a hard tournament to win. Until you’ve won it, you don’t realize how hard it is to win this thing.”

After last year, did this win feel especially good? No and yes.

“That didn’t bother me, but this still feels good,” Fredrick said, “because this is the 20th anniversary of when I won it.”

It is indeed, as Fredrick beat Don Bliss 3-1 in the finals at Hickory Hills in Springfield in 1996 — and denied what would have been Bliss’s record fifth championship.

“From that standpoint,” Fredrick said, “that makes it feel better.”

Botta, who turned 21 on Thursday, led 1 up after nine, before Fredrick rattled off three straight birdies on 10-12 to take a 2 up lead. He never trailed again, but the lead was only 1 up on 17 when Fredrick faced a 12-footer for par, with Botta already in for par.

Fredrick didn’t offer anything profound to Botta when it was over … one disappointed medalist to another.

“I just told him, ‘Nice match,'” Fredrick said. “I’m out of profound things, I’ve got nothing.”

In this day and age of youth dominance in the game, Fredrick certainly offers the older generation some hope. He’s 54, so a championship on this 20th anniversary would really be something, especially when you consider the age of the last four champions — 22, 20, 20 and 19.

“I’m trying my best,” Fredrick said with a smile, “to represent the seniors.”

FREDERICK IS ONE OF THREE former champions who’ve advanced to the Elite Eight.

Mitch Mather (Lebanon) isn’t one of them, however, as the defending champion was knocked out in the Round of 16 by Chase Hanna (Leawood, Kan.) 3 and 1.

But Joey Johnson is one of them, as the 2013-14 champ is looking to put together the second-best short term success run in the history of this grand, old event — winning three titles in four years.

The player was Tom Watson, so Johnson has a chance to join elite company, indeed. Johnson’s only loss the last four years was to Mather in last year’s finals.

Brad Nurski, the 2010 champion, also moved on to the quarterfinals, which will be held Saturday morning. The semifinals start at 1:30 p.m. Saturday, while the 36-hole final will get underway at 9 a.m. Sunday.

KIRK FARMER’S GREAT TOURNAMENT RUN came to an end Friday afternoon, after he’d beaten Matt Echelmeier 1 up in the Round of 32 on Friday morning.

What made this run so improbable? The former quarterback of the Missouri Tigers, and an All-State golfer and football player with the Jefferson City Jays, seldom plays in a competitive tournament, at least not on this level.

And other than hitting a few balls to warm up, he never practices. Rest assured, he was the only one still alive in the Sweet 16 who could say that.

His match with Sam Migdal was even after nine, before three crucial shots helped decide the match on the back nine — one that Farmer missed and two that Migdal pulled off.

“I’ve got a new putter,” Farmer, 36, said, “and I’m not too confident with it right now on the short putts. I just needed a few of them to drop.”

The shot of the day came on the par-4 13th after Migdal’s second shot came up about three feet short of the green.

Playing from thick rough, with the green sloping straight downhill and little green to work with — the pin was only about 13 feet from his ball — a shot within five or six feet would have been quite good.

“I honestly didn’t think I’d be able to stop it,” said Migdal, who won the 2015 Division II individual national championship while playing for the UCM Mules. “I thought it was definitely going to roll past the hole.”

Instead, Migdal almost made it, somehow making it stop next to the hole for a conceded par to halve the hole.

He looked at Farmer, shrugged his shoulders and smiled.

On 15 — and with the match back to all square — Migdal holed a chip shot for birdie to go 1 up with three to play.

“I figured I either had to clip it perfect or make it,” Migdal said, “and I did both.”

“It was kind of ugly to begin with (both shot 37 on the front nine), but the back nine was a really good match,” Migdal said. “Kirk’s a really good player, he plays here and has the local course knowledge … I knew it was going to be a tough match.”

Despite the loss, what Farmer did — putting himself in the top 16 in the state’s most prestigious tournament — was quite a feat.

“I really enjoyed the competition, I always enjoy the chance to get out here and play with the best in the state. I’m happy with the way I played, overall, it just didn’t work out today.”