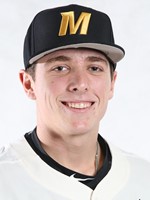 Mizzou Baseball junior SS Ryan Howard (St. Charles, Mo.) was selected in the fifth round (No. 155 overall) of the 2016 Major League Baseball First-Year Player Draft by the San Francisco Giants on Friday (June 10). Howard is the first Mizzou player off the board in this year’s draft and he is the highest drafted position player at Mizzou since James Boone went in the third round in 2005.

Howard is coming off of a junior season in which he hit .295 with 13 doubles, five homers and a triple while driving in 27 runs and scoring 40 more. He was outstanding over his final 16 games of the season, hitting a team-best .381 with 13 runs and nine RBIs while hitting five of his 13 doubles and two of his five homers in that span, raising his average from .259 to .295. He also had eight of his 19 multi-hit games in that 16-game span.

A Francis Howell Central graduate, Howard has hit .284 in 163 career games played at Mizzou, starting all but three of those contests. He has been Mizzou’s starting shortstop since 2015 and has slugged 46 extra-base hits in his career while driving in 86 runs over three seasons. He spent last summer with USA Baseball’s Collegiate National Team as the starting shortstop and was a preseason All-SEC First Team pick at shortstop by the league’s coaches.

This is the second time that Howard has been drafted by the San Francisco Giants after being taken in the 31st round a year ago.

McClain was drafted in the 13th round by the Seattle Mariners and was Mizzou’s first pitcher taken in 2016. Undrafted a year ago, McClain put together a stellar senior season, ranking in the top five nationally in both strikeout-walk ratio and walks per nine innings. He compiled a 3.65 ERA in 14 starts and went over the 100-inning mark for the second consecutive season. He walked just nine batters all season and struck out 94 with three complete games.

Ring was selected in the 31st round by the Baltimore Orioles. He hit .317 with 12 doubles, three triples and a pair of homers as a junior. He also scored 37 runs and drove in 25 while stealing 25 bases, the third-best single season total ever at Mizzou. The 25 steals were also second in the SEC at the end of the regular season.

Tribby was taken in the 35th round by the Minnesota Twins after a work horse career at Mizzou. After making 31 appearances as both a sophomore and junior, Tribby made 28 appearances as a senior, starting five games, and compiled a 4.78 ERA in 52.2 innings, striking out 54 batters.

Previous Post: « Missouri State pitcher Perez taken by Marlins in the 5th round, Johnson picked by the Astros in the 16th
Next Post: Ventura keeps his cool and pitches Royals past Sox »