Three Royals are still in line to start next month’s All-Star Game in San Diego. The second round of voting results was released Tuesday. Catcher Salvador Perez and first baseman Eric Hosmer are both leading at their position, and Lorenzo Cain is second among AL outfielders.  Kendrys Morales is a distant second place behind David Ortiz of Boston. 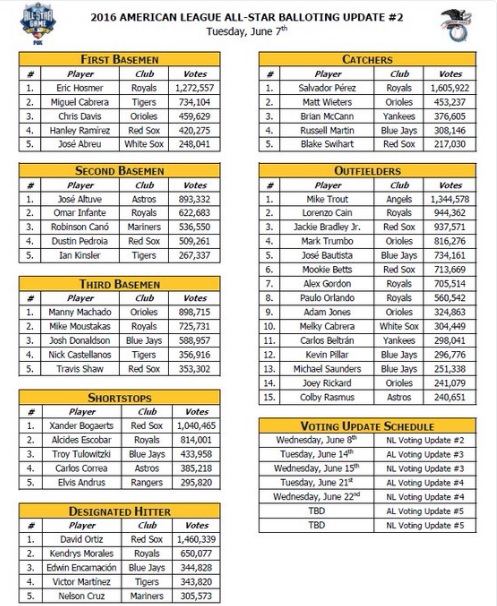