The EPA wants to increase the level of all biofuels in 2017, but former Missouri U.S. Senator Jim Talent says the required target for corn ethanol falls far below the minimum Congressional mandate.  That mandated level is 15 billion gallons. 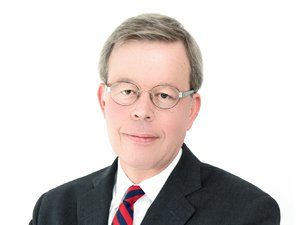 “They’ve announced a number that’s 200 million gallons short in corn ethanol from the statutory target, which is bad both in the short term and as a precedent from the longer term,” said Talent. “We are producing that ethanol and we can distribute it as well. In fact, it’s about the only energy policy Washington has had in the last 30 years that’s actually worked.”

The proposed levels are an increase from the previous ones. That pleases the National Corn Growers Association but they, too, say the levels are not high enough to meet the statutory requirement.

“We have every reason to believe that it’s going to continue to grow and get even greater efficiencies there, as you know,” said Talent. “That’s an aspect of the standard where we do understand that we need to fine tune it year to year because it’s a harder thing to do. In the meantime, we need to support the corn ethanol standard because that’s the basis in which the whole thing works.”

The EPA is holding a public hearing Thursday at the Crown Center Sheraton in Kansas City on its proposed Renewable Fuel Standard level.

Talent is the president of Americans for Energy Security and Innovation.

Kyle Hill of KWIX contributed to this story.