A recall of frozen foods has been expanded to more than 350 products sold under 42 brands, going back more than two years. 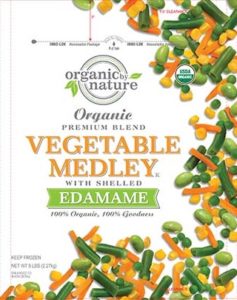 CRF Frozen Foods says products made or processed at its Pasco, Washington facility since May 1, 2014 and sold in all 50 states and in Canada could be contaminated with Listeria, which poses a threat for serious or even fatal infections especially in young children, those in poor health, the elderly, and those with weakened immune systems.

Find a complete list of products and the stores that sold them here.

The company says customers with those products should not eat them and can either take them back to the store where they were purchased, for a refund, or throw them away.

The company says the CDC has identified seven people in three states who became ill and were hospitalized due to Listeria, and some of those illnesses have been linked to CRF-made products. Two of those individuals died, but CRF says the CDC did not say Listeria caused their deaths.