You are here: Home / News / Players go on the offensive to save Ehren Earleywine’s job “I would rather have a winning coach than someone who always gives me a hug after a home run.” 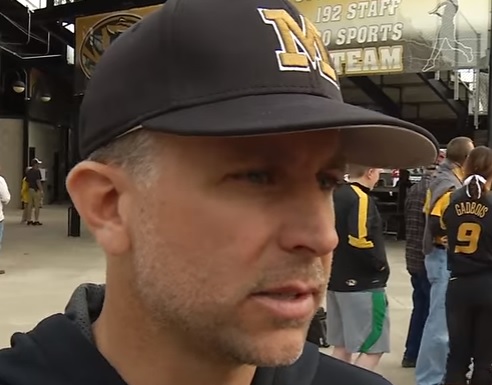 The website freecoache.com has the support of Mizzou softball players and fans.  The website holds nothing back in going after Missouri’s Director of Athletics Mack Rhoades and “hostile feminists.”  Several members of the team feel this is a witch hunt to get a male coach removed, because certain players on the team are “unhappy with their performances thus far in the season and are looking for a person to blame.”

That assessment came in a letter from Mizzou softball’s Unity Council…a group of players selected by the team to represent the squad.

The Unity Council points out, “Asking a coach to coddle us out of the interest of political correctness would not only insult us, but would keep Coach E or any other coach from properly instructing us. If you terminate Coach E on the grounds that he is disrespectful or degrading to his players, know that you are not doing so on our behalf, but out of your own interests of public relations.”

Current and former players are quoted on the website, showing support for Earleywine.

“He comes out here, he’s hard, he wants to win. What coach doesn’t? But I also think his winning attitude has won us a lot of games. I would rather have a winning coach than someone who always gives me a hug after a home run.”
— Taylor Gadbois, senior from Maryville, Mo.

“He had no problem in saying, ‘You need to do this to get better. That was something that I ended up enjoying through my four years … I knew that on days where, whether I was being told I was doing something good or being yelled at, whatever it might be, it was helping me become the player that I was.”
–Ashley Fleming, former player and now head coach at McKendree College

“Coach E has meant so much to me my whole career, and my relationship with him has grown every year, and supporting him means so much to me,”
—  Emily Crane, senior from Troy, Mo.

“It’s just heartbreaking to me that something that I put so much of myself into and the experiences that I have and the memories that I have are getting tarnished because of maybe a few people not understanding his coaching style. It’s really upsetting.”
— Chelsea Thomas, former player and now pitching coach at McKendree College.

Rhoades appeared on Missourinet affiliate KTGR in Columbia and Thursday afternoon and couldn’t offer much in the way of how this investigation is progressing.  Rhoades did say it was his duty to look into the accusations.

Mack Rhoades says the process is being handled fairly

Missourinet reached out to Rhoades on Friday morning and he said he could not comment on the situation at this time.