You are here: Home / Legislature / Missouri House panel votes to make illegal taking minors out of state for abortions

A proposal has been passed by a House committee that would bar the taking of a minor to another state to receive an abortion without a parent’s consent. Violation of that law would be a felony. 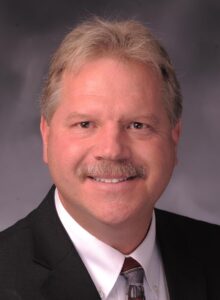 Rep. Tom Hurst sponsors the legislation to make illegal the taking of a minor out of state for an abortion.

Missouri law requires that one parent be notified prior to a minor receiving an abortion.

Susan Klein with Missouri Right to Life says parents should not be left out of the decision.

“On the human trafficking issue, a side effect of that would be that if somebody is getting one of these minor girls pregnant and taking them across state lines, then they are evading law in several different areas,” said Klein.

“This problem of adults taking minors out of state for abortions is a long standing problem,” said Lee.

“This bill is singling out abortion and minors for a major escalation in state law, criminalizing a grandmother, an aunt or trusted adult who’s trying to help a minor who’s facing potential harm due to her pregnancy,” said Mead.

“If a minor in whatever type of family situation needed an operation or wanted an operation and crossed a state line to do it, we don’t put those same restrictions. We only talk about this medical procedure, but none other. Yet there’s tons of other medical procedures that I think all parents or family members would like to be involved in,” said Newman.

The bill heads to the full House with two weeks left in the session.