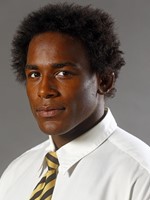 Mizzou Wrestling junior J’den Cox (Columbia, Mo.) officially secured his spot in the 2016 Summer Olympic Games with a first place finish in the freestyle 86 kg weight class at the World Games Qualifying Tournament in Mongolia on Sunday. Cox dominated en route to the championship, outscoring the opposition, 36-3, in five matches.

The top-three placers at each weight class from the Qualifying Tournament in Mongolia locked up spots at the Summer Olympic Games, which take place August 5-21 in Rio de Janeiro, Brazil. Cox will be the second wrestler in program history to compete in the Olympics after Ben Askren wrestled in the 2008 Olympics in Beijing, China.

Cox cruised to victory in his first two bouts, recording an 11-0 technical fall over Shamir Atyan (Armenia) in the first round and a 10-0 technical fall over Timofel Xenidis (Greece) in the second round. The hometown Tiger needed just 1:27 to put away Xenidis, as Cox advanced to the quarterfinals, where he would face Zbigniew Mateusz Baranowski (Poland). Cox led, 2-1, after the first three minutes of the match and scored a late takedown in the second period to ensure the victory, 4-1.

In the semifinals, Cox defeated Umidjon Ismanov (Uzbekistan), 5-2, to officially punch his ticket to Rio de Janeiro. Cox led, 2-1, after the first period, then added a push-out point and a takedown in the second to put the match away.

Cox jumped out to a 2-0 lead after the first period against Pedro Francisco Ceballos Fuentes (Venezuela) in the finals. Cox scored a point after Ceballos Fuentes failed to score after being put on the shot clock, then Cox added another point for pushing out the Venezuelan. The Tiger junior and Team USA representative added two more takedowns in the second period to capture the championship and finish the day a perfect 5-0.