Unless voters get to make the final decision on a proposed prescription drug monitoring program, Senator Rob Schaaf (R-St. Joseph) will filibuster it. Schaaf says he would support the measure if ballot language and a referendum clause were added so that Missourians can vote on the program. 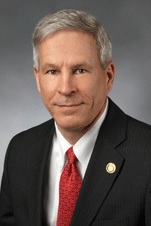 The House measure passed out of that chamber last month and is being considered by a Senate committee.  Sponsor Holly Rehder (R-Sikeston) says Missouri needs the program as soon as possible.

The program would let doctors and pharmacists see if a person is having more prescriptions filled than needed. The intent is to prevent those addicted to opioids from overdosing and to stop those who profit from the illegal resale of those drugs. 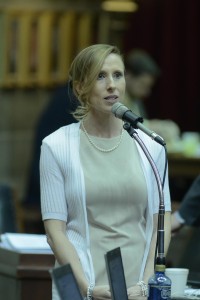 “There are a lot of people who go to the doctor once a month, get a month’s worth of medication, take it home and sell it for $50 a pill. They make a good living on that. The PDMP will never catch those people from doing that,” said Schaaf. “More people die of alcohol abuse and the effects of smoking of cigarettes than will ever die of opioid overdose.”

Senator Dave Schatz (R-Sullivan) is carrying the Senate version of Rehder’s proposal. He wants to find a compromise.

“Are you just at the point where again this is your way or no way?” asked Schatz. “You say you’re not going to let this come to a vote if it isn’t your way.”

“No, I’d be more than happy to allow the way that is palatable that will protect our liberty,” said Schaaf.

A Senate committee is also considering Schaaf’s plan that he argued would better protect Missourians’ privacy.  Under his proposal, the state Bureau of Narcotics and Dangerous Drugs would track prescriptions. Pharmacists and doctors wouldn’t have access to the information. Bureau officials would inform authorities of potential cases of abuse. It is projected to cost the state $6 million compared to $4 million for Rehder’s plan.

Missouri is the only state without a monitoring program for prescription drugs.