An expansion of Missouri’s expungement laws to allow more types of criminal records to be sealed has received initial approval in the state Senate. Springfield Republican Bob Dixon also wants to change how long a person must wait after a conviction to try to have records sealed from the current 20 years to as few as three years for non-felonies. 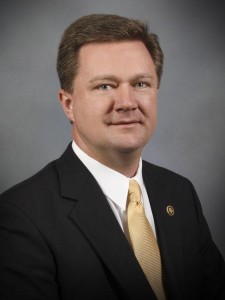 “You can get a DWI offense expunged from your record, but if you steal a candy bar you’re a thief for life,” said Dixon.

Under Dixon’s proposal, dangerous felonies and crimes that require a person to go on the sex offender registry would not be eligible for expungement. One felony per lifetime could be hidden.

Dixon calls the measure a jobs or economic development bill.

“What happens when someone has that stigma of their record for life? The people that I’ve talked to and the reason the prosecutors and defense attorneys worked on this was the two most common options are the individual is relegated to life of additional crime, hopefully not, or a life of public assistance because they can’t find employment,” said Dixon.

Dixon also wants to increase the fee for applying to have a crime sealed from the current $100 to $500.

“We don’t know how many people will make application to have their record expunged,” said Dixon. “The department figured if 1 in 10 made application, that it could be a significantly positive fiscal impact. The fiscal note on the combined bills look like $500 million.”

Critics say the cost shouldn’t be increased any more than necessary and the state shouldn’t be making a lot of money off of these individuals.