You are here: Home / Sports / Injuries force Cardinals to go with a new look roster for Opener Day 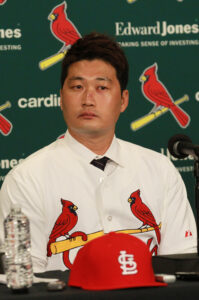 St. Louis Cardinals new Korean pitcher Seung Hwan Oh listens during a press conference at Busch Stadium in St. Louis on January 11, 2016.Oh, 33 has 357 career saves between Korea and Japan and earned Rookie of the Year honors in 2005. He was named MVP of the Korean Series in 2011 and reached 100 career saves faster than anyone in Korean history. Photo by Bill Greenblatt/UPI

St. Louis brings six first-time Cardinals to their 25-man Opening Day roster as they open at 12:05 p.m. CDT in a nationally televised game when they meet the Pittsburgh Pirates at PNC Park.

Pena was ruled out on Saturday, Tejada injured himself in the club’s final spring training game. 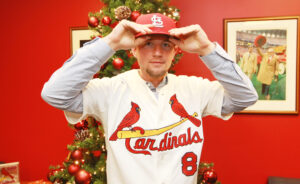