The Legislature has dropped a restraining order against a man accused of sexually harassing three Missouri Capitol interns. Political insider David Poger is allowed back into the Capitol after officials failed to locate him to serve the order. 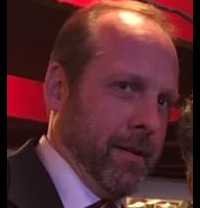 “The fact that they took a step for a restraining order is excellent. They tried to catch an issue right away. They’re confined by the law at this point,” said Kuhlmann.

She says she has notified her interns that Poger could show up at the Capitol.

“I’m not sure exactly what the Legislature is doing now in terms of notifying the interns, however I’ve sent them some emails indicating that he could be back and that even if they aren’t affected by him or he’s not harassing them as a bystander to go ahead and tell their supervisors and tell me as well,” said Kuhlmann.

Poger is still required to inform Capitol Police 24 hours in advance if he plans to be on Capitol grounds and list who he plans to meet, and tell them immediately after arriving and departing the Capitol. If he doesn’t obey the terms, he could be arrested.

The state House and Senate together secured the restraining order against Poger in Februrary based on the report of an intern that Poger attempted to talk to her despite her attempts to politely decline and leave. She said he approached her several times, including in the side gallery of the House, and asked her to lunch. After that he kept his distance but winked at her. She said these instances made her feel uncomfortable.