You are here: Home / News / Blunt: not unusual to block SCOTUS nomination during election year

Senate Republicans have vowed to block President Obama’s nomination for U.S. Supreme Court justice. They want to delay confirmation, in hopes that a Republican is elected president and will nominate a conservative justice. 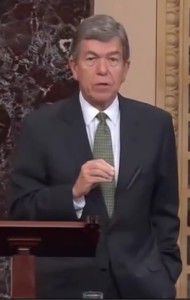 Senator Roy Blunt (R-Missouri) says blocking the nomination during a Presidential election year is not unusual.

“There’s a long history in the country where if it’s a presidential election year going back to John Quincy Adams at least, that you didn’t fill a lifetime vacancy on the Supreme Court if it occurred when people are thinking about voting for the next President,” said Blunt. “Of the people who have been nominated to the court over the years, 36 of them never got on. Of the 36 that never got on, 25 of them never had a vote.”

Blunt said the nation’s highest court can manage with eight justices until the next President nominates someone to fill the vacancy.

“The first court had six members because nobody thought the court was going to be a legislative body. You didn’t need a tie-breaker. All you needed was somebody to look at the constitution, look at the law and determine if that should be the law,” said Blunt.

Some say split decisions would result in a lower court’s decision being final.

Democrats say Republicans are holding the vacancy hostage. Senator Claire McCaskill (D-Missouri) said the appointment should not be political and the vacancy needs to be filled.