Alexis Jones alleges the incident happened Sunday night at an intersection in West Hollywood.  Jones said her and her mother, 68-year old Claudia Munn, were waiting at a traffic light when a car driven by Young, with Clarkson as a passenger pulled up alongside Jones’ car.

“My mom said, ‘Oh my god’ and I looked up and they were making very vulgar sexual explicit motions to my mom,” Jones told the Los Angeles Times. “My mom is a 68-year-old grandmother. My mom started bawling.”

Young denied the incident and took to Twitter after Jones posted a photo of Young and Clarkson in the car (without a visible gestures).

“Aye if you want some attention take a pic of me and say anything next to it and post… The world we live in,” Young said on Twitter.  The Tweet has since been removed.

No police report has been filed. 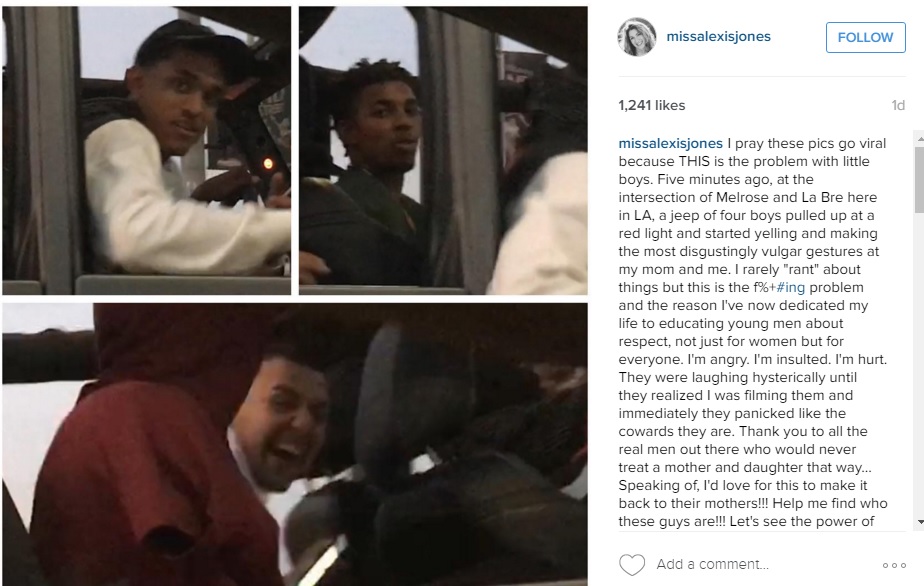