Quarterback Chase Daniel will reunite with Doug Pederson in Philadelphia after agreeing in principle on a 3-year deal. Pederson, the Eagles’ new head coach, had been Daniel’s offensive coordinator with the Kansas City Chiefs.  Daniel will back up starting quarterback Sam Bradford in Philadelphia.

According to ESPN, the deal is worth $21 million will $12 million guaranteed.  With incentives, the deal could be worth up to $36 million. 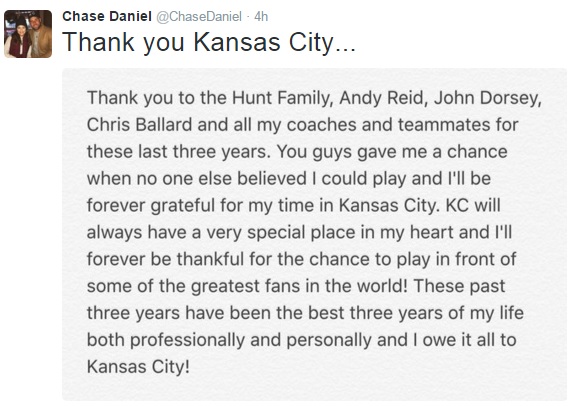