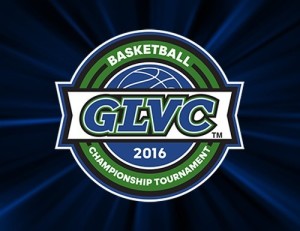 Eight teams punched their ticket to St. Charles, Missouri, on Sunday following victories in the opening round of the 2016 GLVC Men’s and Women’s Basketball Championship Tournament. All but one of the higher seeded teams picked up wins and have advanced to the tournament quarterfinals, which take place Thursday and Friday, March 3-4.

On Thursday, March 3, women’s No. 5 Truman goes head-to-head with No. 4 Quincy in the 6 p.m. CT game, while No. 6 Saint Joseph’s will open quarterfinal action at 12 p.m. CT against No. 3 Bellarmine. At 2:30 p.m. CT, No. 7 Rockhurst faces No. 2 and defending Champion Drury before No. 8 Indianapolis ends the postseason event quarters with an 8:30 p.m. meeting versus top-seeded Lewis.