You are here: Home / Sports / Mizzou looks to keep Rosburg rollling in a rematch with South Carolina. Tip off at 6 p.m. 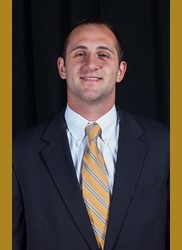 Exactly one month ago, the Mizzou at South Carolina matchup looked like so many other road games for the Tigers.  Fall behind early, then play even with teams on the road.  In Missouri’s 81-72 loss on January 16, USC jumped out to an 8-0 lead and led by as many as 13 in the first half.  The Tigers got as close as three, but never led.  It was also the start of a big turnaround for senior Ryan Rosburg.

After an inspiring performance on Saturday against Tennessee, where the team learned to finish off a victory, Kim Anderson is hoping the team rides their momentum into tonight’s game.  Anderson will be looking for his guards to continue to feed Ryan Rosburg.

In the first meeting with the Gamecocks, Rosburg had 12 points in 14 minutes on 6-of-6 shooting, but he also fouled out.  Rosburg has the hot hand right now, putting together the best three-game stretch of his career, averaging 20 points per game and scoring the first two 20-point games of his career.  Rosburg has made seven, nine and eight field goals in his last three games, respectively, after not making more than six field goals in a game before that point and he tied a career-high with two blocks, the 10th time in his career he has had two blocks in a game.

Kim Anderson talks about Rosburg’s production and why he’s playing so well in his last three games.


Rosburg knows his time is coming near an end.  Since Mizzou announced it would self-impose a postseason ban this season on Jan. 13, Rosburg has scored in double digits on five different occasions, including a career-high 24 points with a season-best 11 rebounds at Vanderbilt (Feb. 10) for his first career double-double.   Rosburg followed up his career-best game at Vanderbilt with another 20-point effort vs. Tennessee (Feb. 13), scoring 21 points on efficient 8-of-9 shooting from the field. Over the last nine games, Rosburg has averaged 11.1 points and 4.1 rebounds per game. Rosburg held a season scoring average of 3.6 points per game prior to the game at South Carolina (Jan. 16).