The Missouri Rural Crisis Center is suing the Missouri Department of Agriculture for the referendum process on a proposed state beef checkoff. The lawsuit was filed in Cole County Circuit Court in Jefferson City. 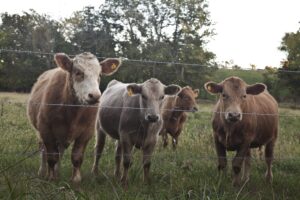 Photo courtesy; Larry Braun and the Missouri Department of Agriculture

Program Director Rhonda Perry said the process disenfranchises some voters and discourages cattle producers from registering and voting. Perry also claims the Ag Department has refused to hold public rulemaking for determining how to conduct the election.

“We were forced to file a lawsuit requesting that they start this process over and that they abide by the law when they do so,” said Perry.

A vote among producers would be whether to establish a $1.00 per head beef checkoff in addition to the national checkoff.  That money would be spent to increase demand through research, education and promotion.

Perry said there is a lack of trust among many producers about how the money will be spent.

“Particularly at this time when we’re facing a significant drop in cattle prices with no real change predicted for the coming months, none of us believe this is the time to add another tax to beef producers,” said Perry.

The vote is scheduled to happen in April.

The Missouri Department of Agriculture said it cannot comment on pending litigation.

Julie Harker of Brownfield Ag News contributed to this story.