The state House is close to proposing that voters be asked to support the construction of a new state veterans home. 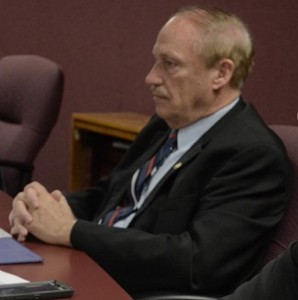 The House has given initial approval to asking voters to approve the sale of $50-million dollars of bonds. The issue would go on the ballot in November unless Governor Jay Nixon (D) sets a special election date.

Another favorable vote will send the resolution to the Senate.

Representative Pat Conway (D-St. Joseph) said many of the veterans waiting to get into homes are like him; a Vietnam veteran.

“Some came voluntarily, some came somewhat involuntarily, but they all waited in line to do their duty and the call of their country. Now we have a line that’s full on the outside of these veterans homes,” said Conway.

The state Veterans Commission says more than 1900 veterans are on a waiting list to get into a home. Conway said many of those who fought in the Vietnam War or Korean War were not welcomed home when they returned, “and now many of those have problems not only with drugs and alcohol, but being able to determine and get healthcare that’s affordable.”

The measure is sponsored by Representative Lindell Shumake (R-Hannibal).

Where the new home would go must be determined by the state Veterans Commission. Last year only three House members voted against it.