The police report said a detective was able to secure a search warrant for Gant’s and Woods’ home in order to locate and preserve evidence pertaining to a home invasion robbery that occurred on December 9th, 2015. As a result of that robbery investigation, the detective learned that there were four subjects – including Gant and Woods – who resided at the home.

The detective conducted the search on Gant and Woods’ residence on January 15th, while Mizzou was on the road for a game on January 16th at South Carolina. Two marijuana smoking devices were found in Gant’s bedroom, and two more in Woods’ room, according to the police report. Both Gant and Woods were released on signature summons. 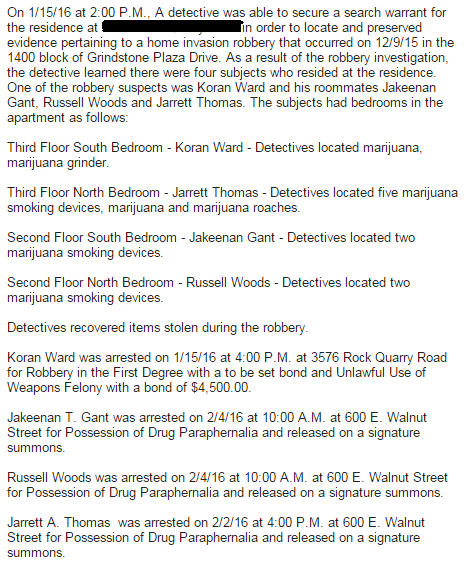