You are here: Home / News / We have the video that led to Mizzou suspending Maty Mauk for the third time in four months (VIDEO) 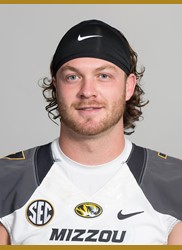 For the third time in the last four months, Missouri has suspended quarterback Maty Mauk from the football program.

“We are currently gathering information regarding the video in question. This is an issue we take very seriously and one that will not be tolerated within our program. We will take appropriate action once we have all the facts. In the interim, Maty Mauk has been indefinitely suspended from the Mizzou football program.”

The statement and suspension are in regards to a video that was posted to Twitter that shows a male that resembles Mauk, snorting a white, powdery substance.  The Tweet refers to Mauk by name although there is no confirmation at this time that the person in the video is Mauk.