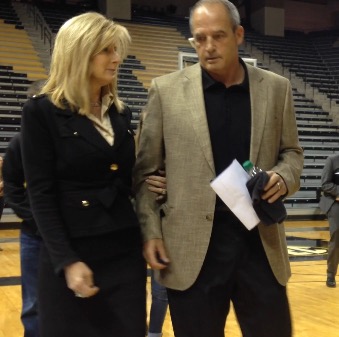 Gary Pinkel will start fundraising for the Mizzou athletic department

The University of Missouri System Board of Curators approved the new employment terms for former Football Coach Gary Pinkel.  Pinkel, who announced his retirement for health-related reasons on Nov. 13th, is staying on with Mizzou Athletics for the next three years.

Pinkel’s role within Athletics will include assisting with fundraising opportunities and donor/fan engagement, as well as serving as a general ambassador related to public appearances and advising as requested on matters related to football and other issues.  Additional duties will also be considered.

“I am very grateful to the Board of Curators and to President Middleton, Chancellor Foley and to Mack Rhoades for this opportunity,” said Pinkel.  “I’ve said all along that when my coaching days were done, I would still need to be involved in a meaningful way, and this does that for me.  I’m excited to be in this role where I can still provide an impact for a place that means so much to me and my family,” he said.

“We’re really pleased to have Coach Pinkel continue as part of our team,” said Director of Athletics Mack Rhoades.  “It was very important for us to find the right way to keep the winningest coach in Mizzou history engaged, and we’re excited for the value Gary can bring to the table going forward.  Schools around the country are finding ways to keep institutional treasures like Gary Pinkel, Frank Beamer and Steve Spurrier in the fold even after they are done carrying a whistle,” said Rhoades.