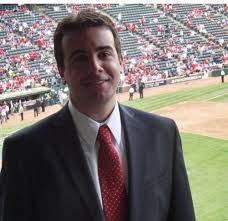 A former executive with the St. Louis Cardinals pleaded guilty to hacking the Astros computers in a Houston federal court Friday.

Chris Correa, the former St. Louis Cardinals scouting director who admitted in July to hacking the Houston Astros’ database, pleaded guilty Friday to five counts of unauthorized access to computer information arising from the incident.
Correa, who was fired by the Cardinals following an “imposed leave of absence,” faces a maximum penalty on each of the five counts of up to five years in prison, and/or a fine of up to $250,000, as well as potential restitution. A sentencing hearing has been scheduled for April 11.
Correa worked for the Cardinals from 2009 to July 2015. He became the director of Baseball Development in 2013. In this role, he provided analytical support to all areas of the Cardinals’ baseball operations.
“Yes, your honor, I accept responsibility for my mistakes,” Correa said, adding that his actions were “stupid.”
“You broke into their house to find if they were stealing your stuff,” explained Hughes, while federal attorneys noted Correa used masking software as he unlawfully accessed the Astros’ network.