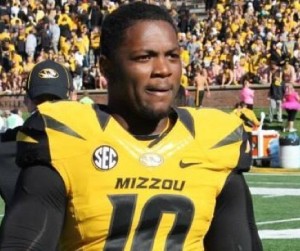 Brothers was named a first-team All-SEC performer for his efforts.  The tackling machine ended the season with 152 total tackles, which leads the nation (next-most is 140), while his 12.7 tackles per game mark is also tops in the country.  He also leads the nation in 2015 with three blocked kicks on the year.  The 152 tackles ranks as the 4th-most in Mizzou season history, and gave him 358 for his career, which puts him 8th all-time on the MU career chart. He became the first Tiger in the Gary Pinkel era with seven consecutive games of 10+ tackles to close the season. He broke the 15 tackle mark four times in 2015 and added 12.0 tackles for loss, two interceptions and was second in the nation with three blocked kicks.

Harris won second-team All-SEC honors by the coaches for a season that included 18.5 tackles for loss (ranking him 8th nationally and first in the SEC) and 7.0 sacks.  Harris, a first-year starter, led the Tigers with 10 quarterback pressures and two forced fumbles, while finishing with 56 total tackles and a pass breakup.

This marks the 10th- consecutive year that a Mizzou defensive lineman has won either first or second team all-conference award by coaches, dating back to 2006.