You are here: Home / Sports / Gary Pinkel’s SEC Media teleconference. From a football standpoint, he has concerns over distractions (AUDIO) 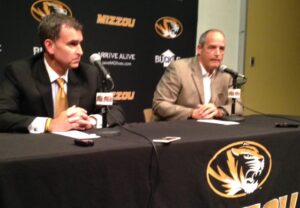 The Missouri football team missed out on team meetings on Sunday.  The players are given the day off on Monday, but resumed full practice activities on Tuesday.  Gary Pinkel said the team practiced well with a lot of enthusiasm, which he expected.

Pinkel’s biggest concern, heading into Saturday’s game against BYU in Kansas City, is whether or not the players took enough time to study video on their own.  That video is made available for them to watch on iPads.

“Can we lock in and focus, so we can play our best?” said Pinkel.