A second Missouri college student has been arrested for threatening on social media to hurt others. 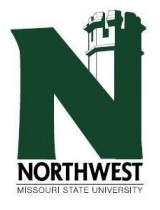 Northwest Missouri State University Police have arrested the student. He was taken into custody at his residence hall on the campus in Maryville but has not been charged.

He is accused of making threats on Yik Yak, the same social media application a Missouri S & T student is accused of using to make threats. 19-year-old Hunter Park was arrested early Wednesday morning and has been charged with making a terrorist threat.