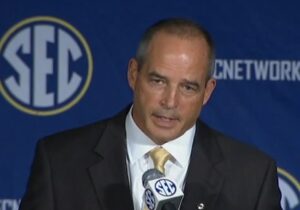 “Welcomed with open arms,” said Pinkel, stressing his football program is a family.

Pinkel also said that Mauk asked to address his teammates to apologize.  Pinkel says Mauk will do that later Wednesday afternoon.

While this being a bye week for the Tigers, Pinkel said no decision on playing time or depth chart status has been made and won’t be made until next week. With a game coming up on Thursday, November 5th, the Tigers who usually hold local media days on Monday afternoons, have bumped it up to Sunday at 2 p.m.  It is most likely at that time, we’ll hear from Pinkel on his plans for the Mississippi State game.

Here are the highlights of his call during the teleconference.

Should Mauk be the starting quarterback?

Should Maty Mauk being the #Mizzou starting QB next week?