You are here: Home / News / Missouri Supreme Court appoints special judge in case of man sentenced to death in Chain of Rocks murders

The state Supreme Court is bringing in a fresh set of eyes on the case of a man sentenced to death for the murder of two sisters in St. Louis in 1991. 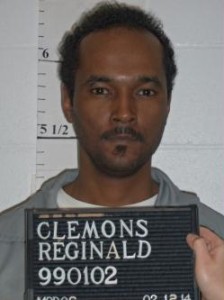 The Court heard in February 2014 arguments in the case of Reginald Clemons, who was convicted for his role in the murders of 19-year-old Julie Kerry and 20-year-old Robin Kerry, who prosecutors say were pushed off the Chain of Rocks Bridge over the Mississippi River after they were robbed and raped by several men including Clemons.

Clemons’ attorneys’ argument to the court was based on a report from a special judge who said evidence that police coerced a confession from Clemons by beating him was suppressed. The Court heard the argument with only six of its judges seated.

The Court announced Judge Lisa White Hardwick of the Missouri Western District Court of Appeals will sit as a special member of the court in considering the case.

The Court has not ordered that arguments be presented again. Hardwick will have available to her all briefs filed in the case and audio of the arguments made last year.

A ruling from the Court could come at any time.