You are here: Home / Sports / Mizzou helps set an SEC record for most teams in the top 25 polls for any given week 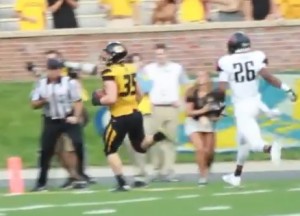 After week one of the college football season, the new rankings came out for the A.P. and Coaches Top 25 polls.  The Missouri Tigers moved up three spots in each going from 24th to 21st in the A.P. and from 23rd to 20th in the Coaches.  Missouri was also one of ten SEC teams to make the top 25, setting a conference record for the most in one week.

The conference went 12-1 in the first week with LSU’s game against McNeese State suspended.