Missouri has executed the second of two men who kidnapped, raped and murdered a 15-year-old Kansas City girl in 1989.

Roderick Nunley was executed by lethal injection at the state prison in Bonne Terre. His official time of death was 9:09 p.m.  He offered no final statement.

Nunley’s execution comes 19 months after Missouri executed in the same room his partner in those crimes, Michael Taylor.

Nunley and Taylor admitted to kidnapping Harrison the morning of March 22, 1989, while she was waiting for her school bus. They took her to Taylor’s mother’s house, forced her to crawl to the basement, and Taylor raped her. After that the two men forced her into a stolen car, tied her up, and decided to kill her to prevent her from identifying them. Both men stabbed her before leaving her to die in the trunk of the car, parked in a nearby neighborhood. 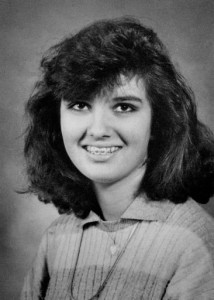 Nunley’s attorneys entered several attempts in the state and U.S. Supreme Courts seeking to block his execution. They claimed his death sentence was improper because it was handed down by a judge and not a jury, that the death penalty is cruel and unusual and would violate his constitutional rights, and argued that the state keeping secret the maker of the pentobarbital it uses to carry out executions prevents him from challenging whether it is safe.

One attorney sought to have the warrant for Nunley’s execution pulled by questioning the competency of his attorney, Jennifer Herndon. That argument was based largely on a June article on Herndon and the effect on her of five of her clients having been executed since November, 2013.

Those efforts were rejected by the U.S. Supreme Court, however, and Governor Jay Nixon (D) then denied a request for clemency for Nunley.

“I ask that Missourians remember Ann Harrison at this time and keep her parents, Bob and Janel Harrison, and the Harrison family in your thoughts and prayers,” Nixon wrote in a statement.

Missouri is next scheduled to execute Kimber Edwards on October 6. He was sentenced to death for hiring another man to murder his ex-wife 15 years ago.